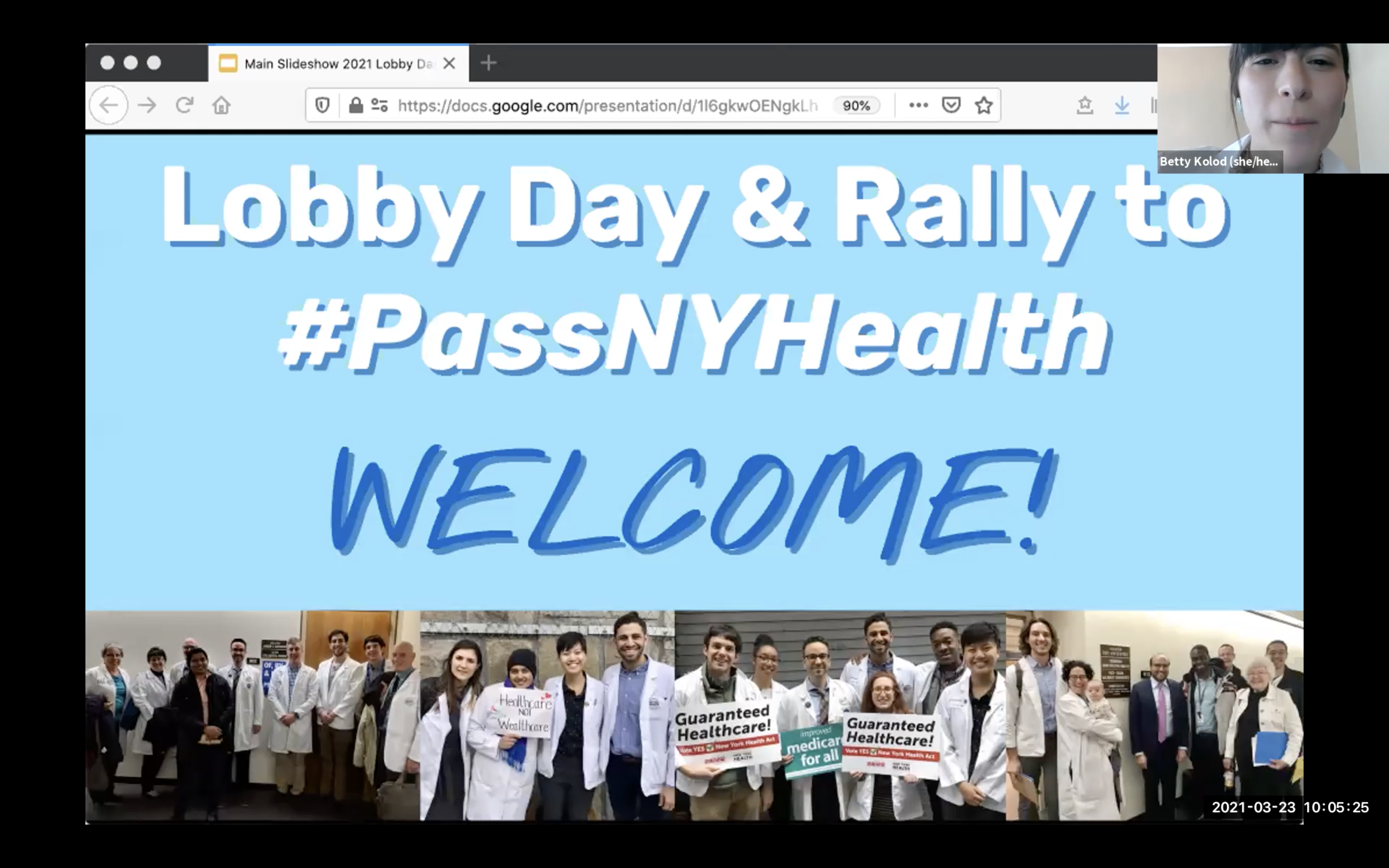 (New York, NY - March 23, 2021) – A year into the COVID-19 pandemic, activists organized remotely in support of the New York Health Act, the bill that would create a universal, single-payer healthcare system in the state of New York.  Reintroduced this year with historic majority support in both the New York State Assembly (83 co-sponsors) and Senate (33 co-sponsors), the legislation is experiencing a surge in support as the pandemic highlights the vast shortcomings of the current system.

More than 100 healthcare workers, students, and residents gathered on Zoom for a rally in support of the legislation before breaking out into groups to meet with legislators to thank bill co-sponsors for their support so far and urge others to sign-on as co-sponsors.  Rally participants were motivated by the following speakers:

New York state needs "a system that says never again to avoidable death, and to rushed care resulting in fatal error and harm," declared Judy Sheridan-Gonzalez of the NYS Nurses Association, speaking in support of the New York Health Act.  "We all took an oath.  Give us a system that allows us to fulfill our mandate!"

Following the rally, we also had a presentation on the New York Health Act from Dr. Jenny Hua: board member of PNHP NY-Metro and incoming resident in the Cook County/Northwestern Public Health and Preventive Medicine program. Dr. Hua completed her internal medicine internship at Mount Sinai Hospital and holds a PhD in anthropology from the University of Chicago.

The day was moderated by Dr. Betty Kolod: board member of PNHP NY-Metro andinternist, preventive medicine resident, and Master of Public Health candidate at Mount Sinai Medical Center.  Dr. Kolod completed the Primary Care and Social Internal Medicine Residency Program at Montefiore Medical Center, during which she was a National Physicians Alliance Copello Advocacy Fellow.  She practices primary care for people who use drugs at the Respectful and Equitable Access to Health Care (REACH) clinic at Mount Sinai, and smoking cessation care in the prevention clinic of the Bronx VA Medical Center.  A proud resident of the Bronx, Dr. Kolod is a member of the Health Justice Committee of the Northwest Bronx Community and Clergy Coalition.  Dr. Kolod additionally serves as a lead organizer of the New York Doctors Coalition.

In addition to meeting with legislators and hearing from speakers, attendees participated in a mass phone-banking action and engaged in advocacy skill-building workshops.

Our deep thanks again to all of our lobby day organizing partners and cosponsors: 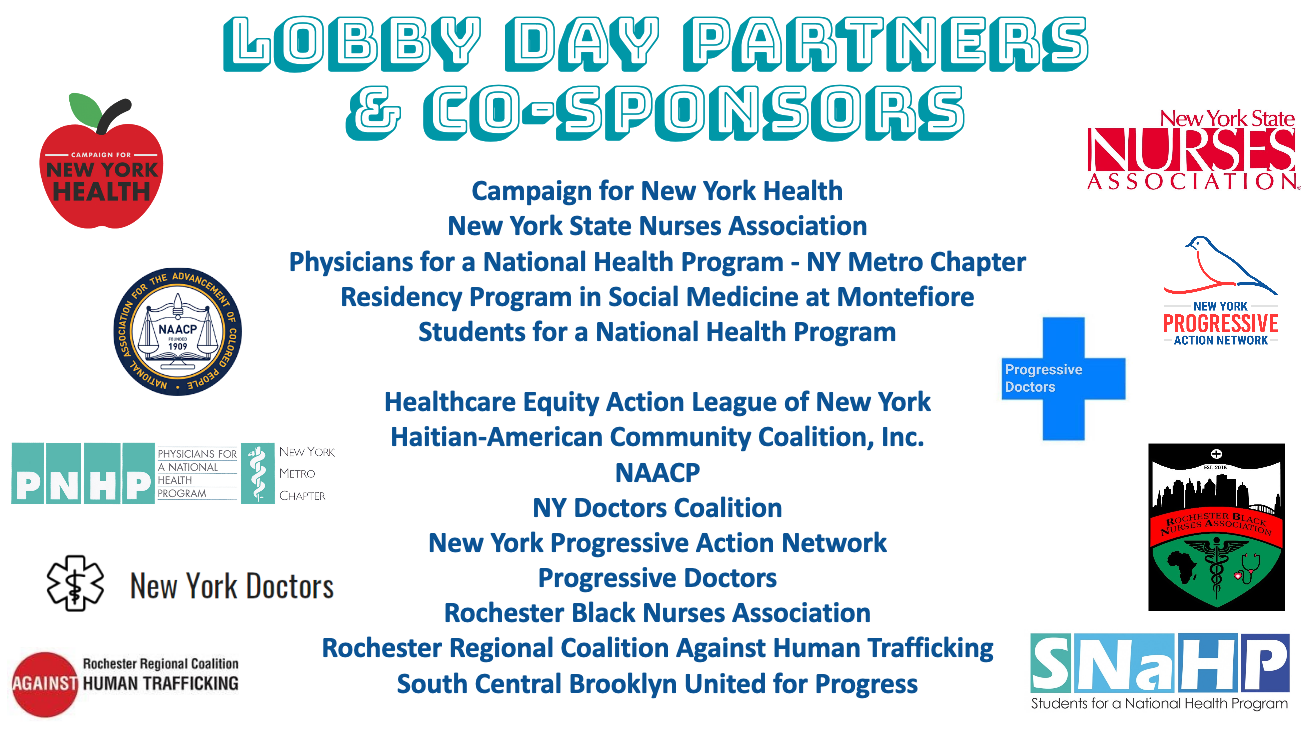