Check out some of the media coverage we've been generating for our work toward health care for all!

Our healthcare system has too many barriers for Black, Indigenous, Latinx, Asian and poor New Yorkers, Amsterdam News, by Dr. MaryLouise Patterson, May 12, 2022

Our Healthcare System Is Making My Patients Sicker, The River, by Dr. Reena Agarwal, Apr 28, 2022

With ObamaCare Under Attack, New York could fight back with single-payer plan, Salon.com, May 9 2017

Universal healthcare supporters see their chance, "There has never been this much support," The Guardian, April 11, 2017

What we can learn from the failure of the AHCA, Connections (radio), WXXI, April 5, 2017

To Save Lives and Billions of Dollars, NY State Must Pass Universal Healthcare. Village Voice, Jan 31, 2017

New York Can Lead the Way on Single Payer, by Liza Featherstone for AM New York, "the most-read free daily newspaper paper in New York."

2015 marked the passage of the New York Health bill in the Assembly, a banner event in our efforts to win the right to health care.

“Long Story Short,” by the Editorial Board, Albany Times-Union, May 31.

“NY Assembly Passes the New York Health Act,” “Quote of the Day” by Don McCanne, Physicians for a National Health Program blog, May 28

“Why We Need Universal Healthcare in NY,” by Ellie Donnally, Syracuse Post-Standard, December 10, 2014.

“Heads up: Insurance hearings spotlight health costs,” by the Editorial Board, Newsday, November 30, 2014. 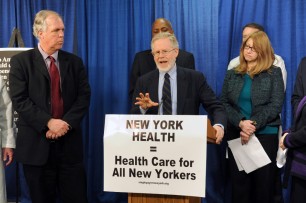 October 18: PNHP-NY Metro organized a demonstration opposing cuts to Medicare at the Al Smith dinner, which both presidential candidates Obama and Romney attended. 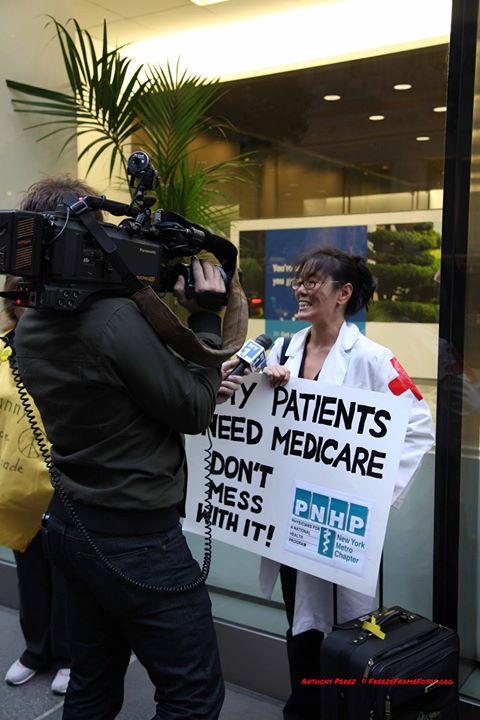 January 19 Protest at Obama's Fundraiser at the Apollo Theatre: 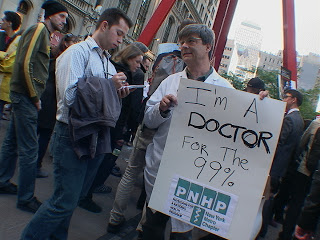