https://www.nydailynews.com/news/politics/new-york-elections-government/ny-judge-rules-nyc-mayor-adams-cant-penalize-city-workers-medicare-plan-20220303-hyvzsazfqnd7fkijenskrurf5a-story.html
By CHRIS SOMMERFELDT
NEW YORK DAILY NEWS
MAR 03, 2022 AT 1:03 PM
A Manhattan judge ruled Thursday that Mayor Adams’ administration cannot slap a financial penalty on retired municipal workers who opt out of the city’s controversial new Medicare plan, marking a significant win for a group of retirees who fought the health insurance switch in court for months.

The effort by the administration to levy a $191 monthly fee on retirees who want to keep their current coverage instead of enrolling in the new Medicare Advantage Plan runs counter to longstanding local administrative law, Manhattan Supreme Court Justice Lyle Frank wrote in a decision.

The law in question, Frank continued, requires the city to “pay the entire cost of health insurance coverage for city employees, city retirees and their dependents.” Any attempt to impose a premium or other cost for coverage is thereby illegal, he added.

“This Court holds that this is the only reasonable way of interpreting this section,” the judge wrote. 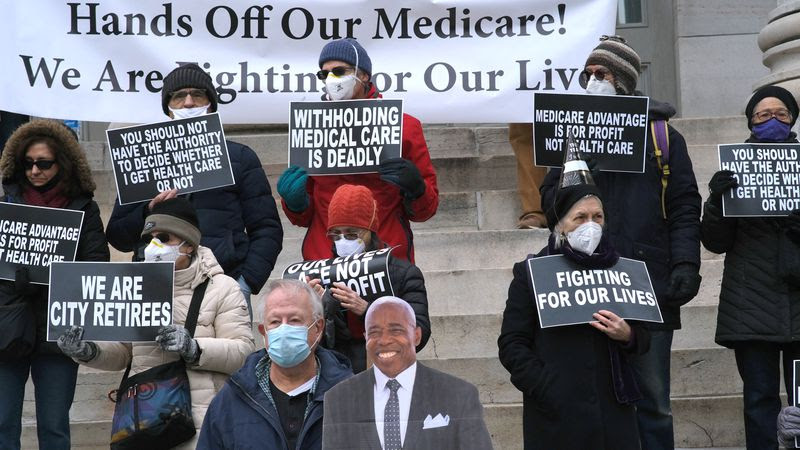 In announcing the plan last fall, de Blasio’s administration presented Medicare Advantage as a boon to the city and save taxpayers hundreds of millions of dollars every year because it is subsidized by the federal government at a higher rate. At the same time, the administration maintained the new plan would provide the city’s roughly 250,000 Medicare-aged retirees with health coverage that’s comparable to what they’re currently receiving.

But the NYC Organization of Public Service Retirees sued over the move, charging that the new plan would result in inferior coverage, including by imposing complex new preauthorization procedures for specific medical procedures.

After vowing on the campaign trail to make sure the new Medicare plan wouldn’t be a “bait and switch” for retired workers, Adams announced last month that he would move ahead with implementing it as envisioned by de Blasio, angering retirees who said he was going back on his promise by keeping the $191 penalty intact. 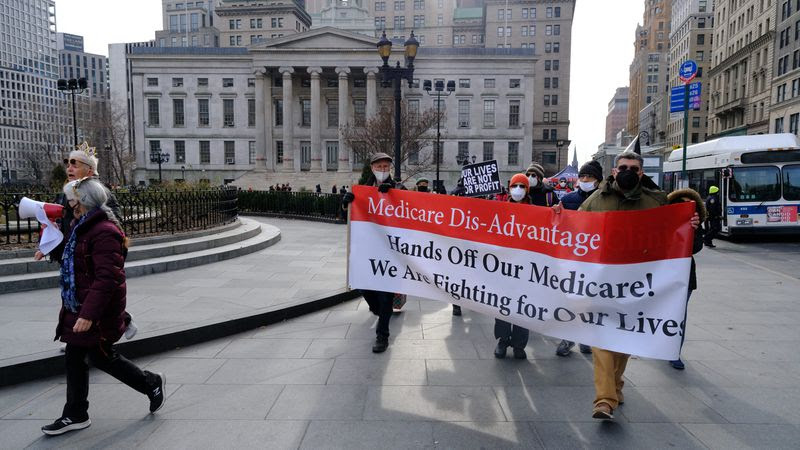 A spokesman for Adams did not immediately return a request for comment after Frank’s ruling.

Steve Cohen, a lawyer for the NYC Organization of Public Service Retirees, said the judge’s order validates the concerns of his clients and amounts to an “incredible victory” for them.

“The city got greedy, and held a sword over the head of retirees and said, ‘If you don’t accept your new plan, we’re not going to pay for your health care,’” Cohen said. “The judge saw right through that and said, ‘No way, you can’t do that.’”

According to data reviewed by the Daily News, more than 45,000 retired city workers had opted out of Medicare Advantage Plan as of mid-February despite the now-rescinded financial penalty they would face.

The Adams administration can still offer the Advantage plan to retirees on a voluntary basis, starting April 1, under Frank’s ruling. It was not immediately clear Thursday afternoon how the administration will proceed.

This story will be updated