Care System for the City’s Retirees: There are income disparities by gender as well.

Just as there are income disparities by race and ethnicity among the City’s workforce (and, unfortunately, most workforces in contemporary America), there are also large and continuing disparities by gender. Women earn less than men in many positions, and certainly they earn less overall. This means that when they retire, their Social Security income, as well as any other sources of retirement income, like 401(k) and 403(b) funds, will differ as well.

The figure below shows the income distribution by gender in the current NYC government workforce. 58% of the men, while just 36% of the women, are in the top income bracket, $70,000 and over. This disparity in income among retirees is likely to be even greater, since they worked for the City before many of the current measures aimed at decreasing inequalities in the workforce were put in place. 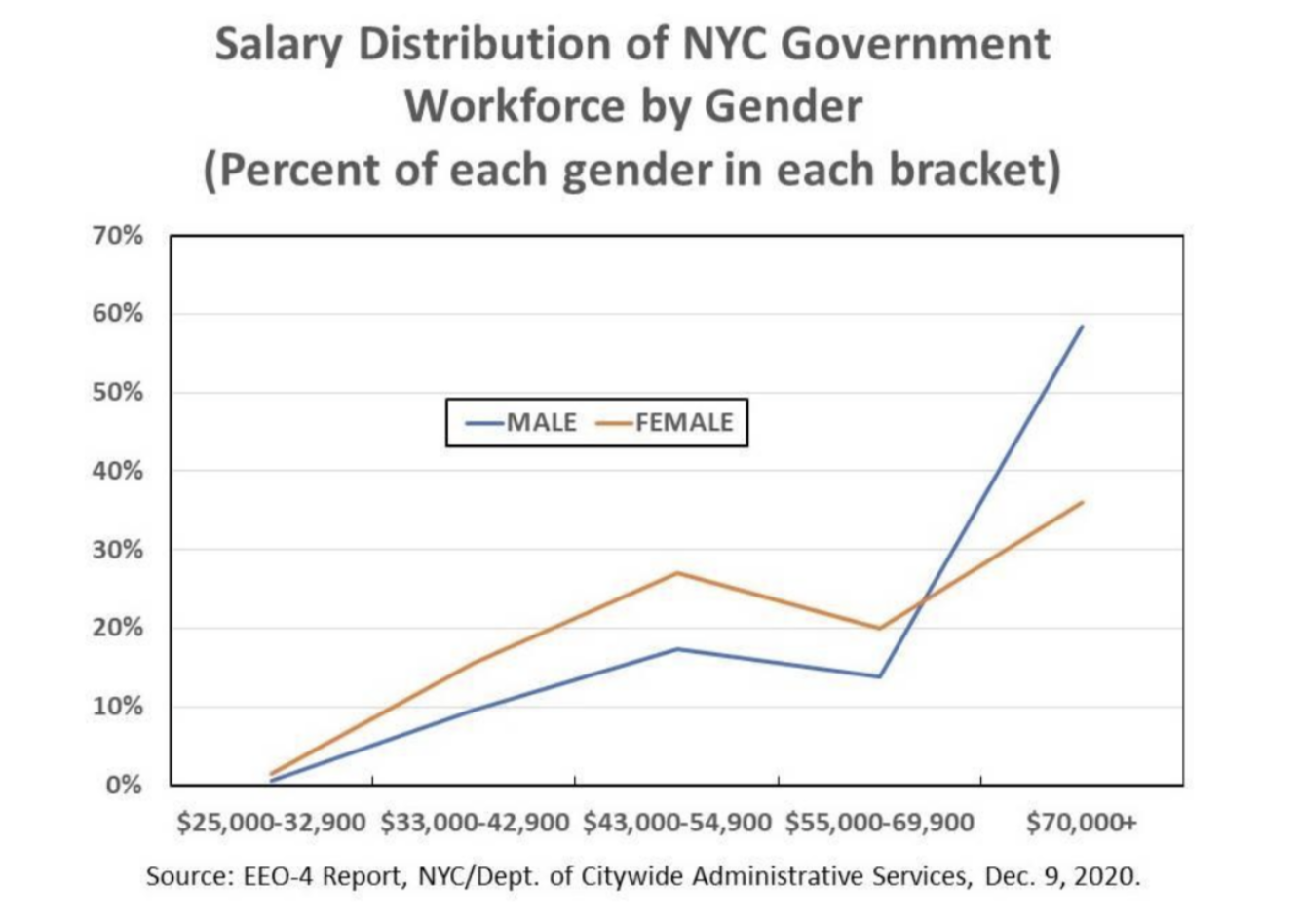 This income disparity is going mean to fewer women will be able to afford to stay in traditional Medicare under the City’s plan to eliminate subsidy of supplemental Medigap coverage. They will, instead, have to join the new Medicare Advantage plan.