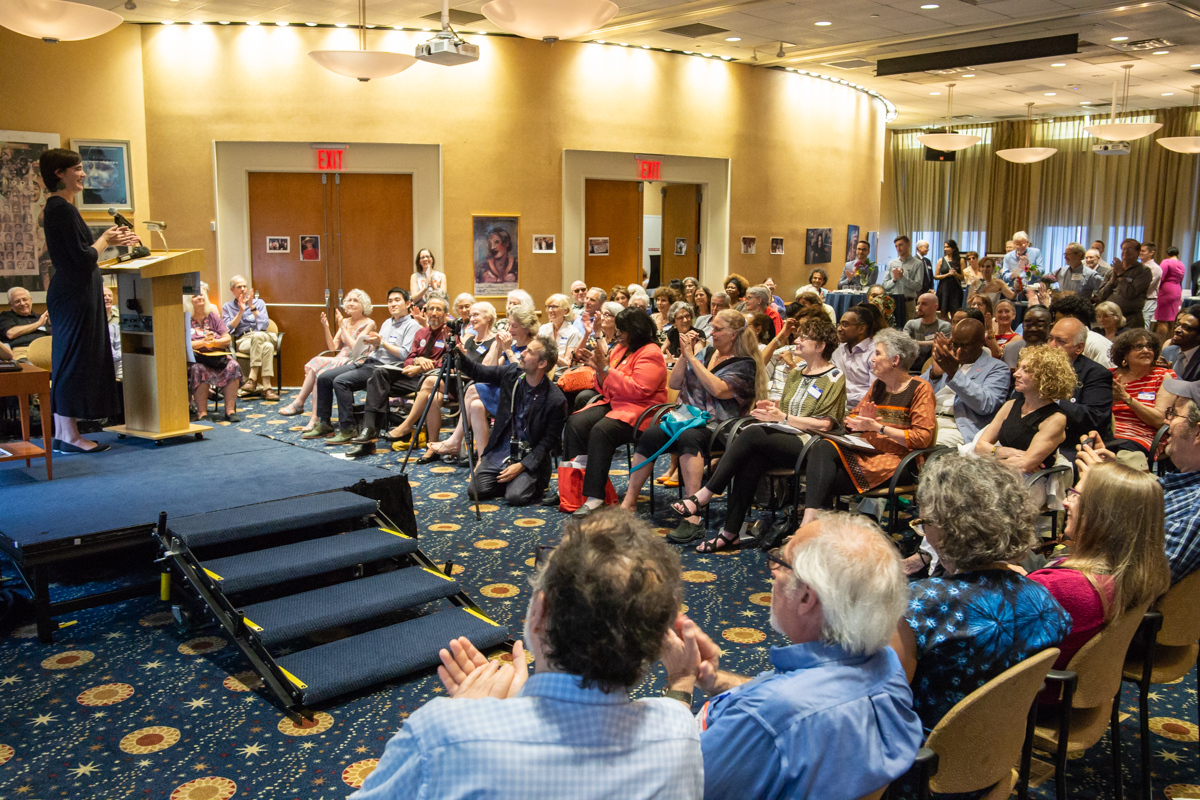 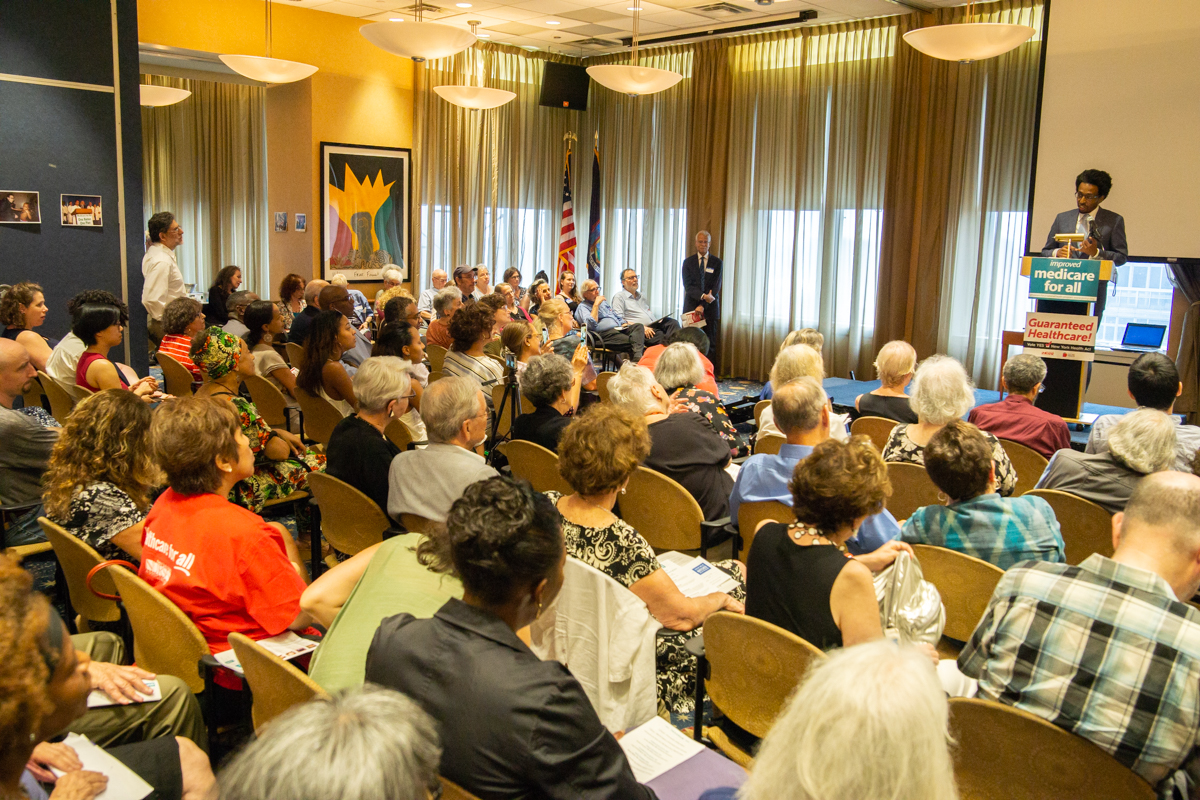 (More photos from the celebration here)

We had a wonderful gala on June 18, honoring four people who have dedicated their lives to health justice: Ronda Kotelchuck, Elizabeth Rosenthal, Daniel Neghassi, and Katie Robbins. Just four days before the event, we got the exciting news that the New York State Assembly passed the New York Health Act, our state’s universal single payer health care bill, for the fourth year in a row – this time by a 2 to 1 margin. It was ideal to celebrate this milestone on the way to winning healthcare for all with our guests and honorees, so many of whom helped contribute to the latest passage of the bill. 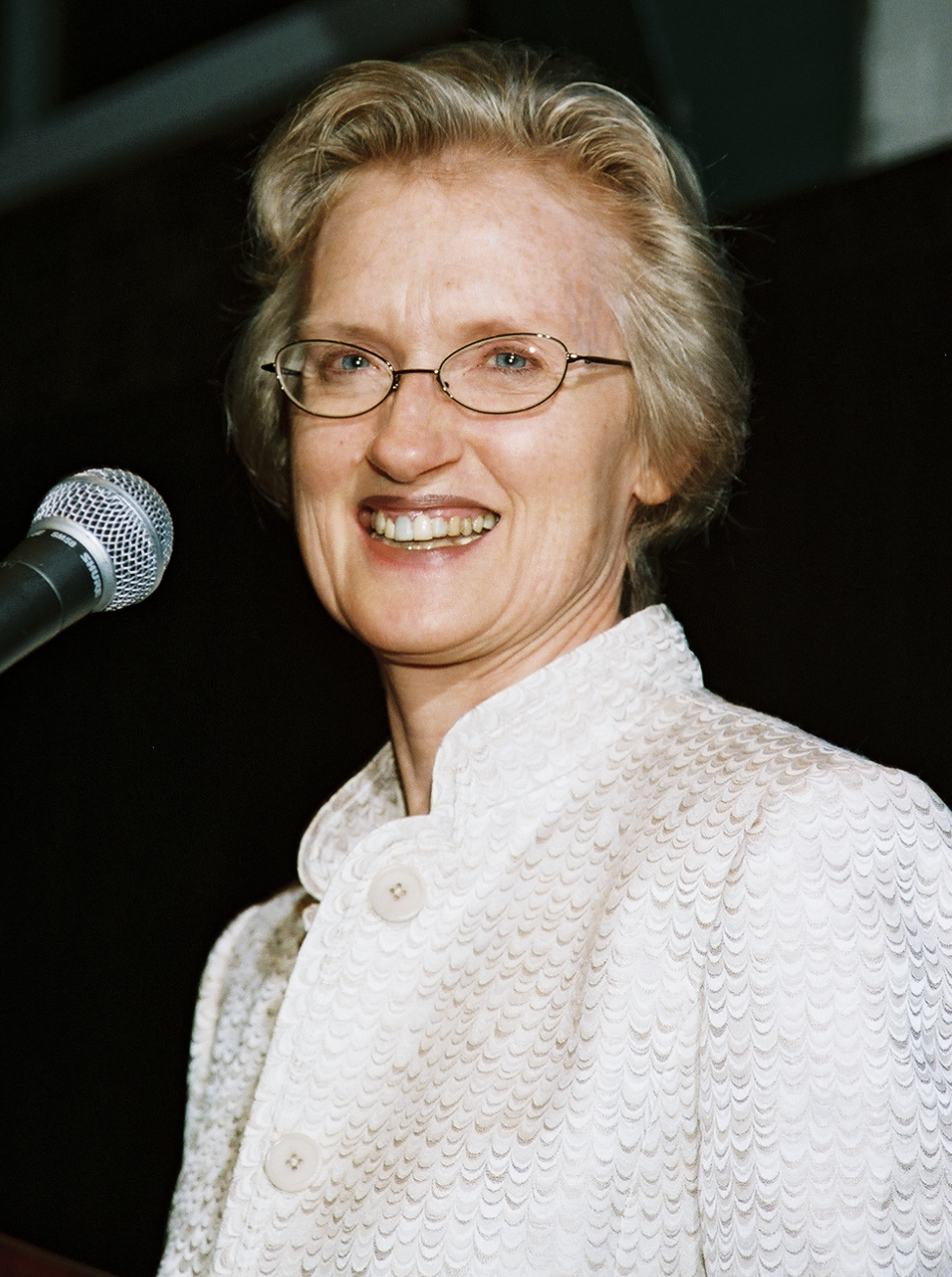 Each honoree regaled the 140 attendees with interesting stories and insights. Ronda Kotelchuck, MRP described her role in founding and, for 25 years, leading the Primary Care Development Corporation (PCDC), which has built public support in 36 states to generate $1 billion of private investment in developing and expanding primary care in low-income communities. Ronda eloquently explained how this has complemented PNHP’s work: “Our communities must have the right kind of health care, in the right place at the right time. An insurance card means nothing if, because of race, income, geography or other disparities, you cannot find the care you need. Thus PCDC and PNHP have long toiled beside each other, tackling the two most essential cornerstones of our ultimate and underlying goal--universal access.” 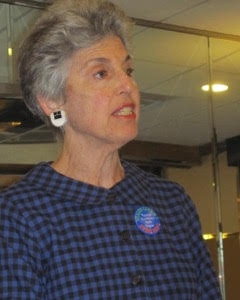 PNHP - NY Metro board member Elizabeth Rosenthal, MD, who spent 36 years as a dermatologist, talked about how volunteering for PNHP for the past three years, including doing community education in her home base of Westchester County, has given “meaning and purpose and a lot of fun” to her retirement years. She movingly spoke about how PNHP helped her develop hidden skills. “I found that there were many things that I didn’t know I could do, like public speaking, letters to the editor, and leading a group from PNHP to Toronto, Canada, where we saw up close and personal how their system works in the real world.” Most exciting, in May she represented the pro-single-payer position in a videotaped debate sponsored by the prominent medical website Medscape, and bested the radiologist often trotted out by Fox News to oppose universal coverage. 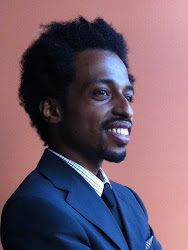 Elizabeth’s Board colleague Daniel Neghassi, MD, began with a shout-out to his many family members present, who hail from the East African nation of Eritrea, “near modern-day Wakanda,” he joked, referring to the hit film Black Panther. More seriously, he stated, “The most compelling reason to support single payer is that it is the path to racial equity in healthcare.” He explained the widespread practice of “separate but NOT equal” clinics – one “for people with private insurance (who tend to be rich and white)” and another “with longer wait times and fewer resources for those with Medicaid or without insurance (who tend to be poor people of color).” He closed with a rousing call to promote education about single-payer and also to “demand implicit bias training and anti-oppression training in your institutions, workplaces and all the spaces you move in.” 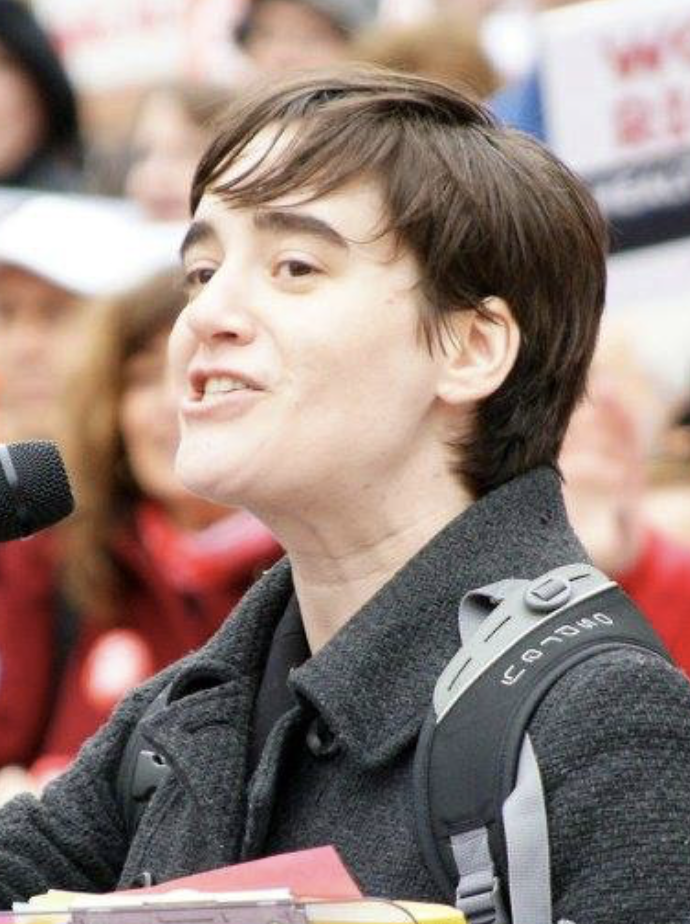 Finally, we were inspired by Katie Robbins, MPH, our former Executive Director now continuing her brilliant single-payer movement-building as Director of the Campaign for New York Health. She described her own “non-linear path to this fight.” Katie recounted “having many years of uninsurance myself” and “working in domestic violence shelters in rural Ohio, witnessing women return to unsafe homes because they needed to stay on their partner’s insurance. What kind of system ties healthcare to jobs, but even worse – marriage?” She paid eloquent tribute to her first single-payer mentor, Marilyn Clement, the late founder of the national organization Healthcare-NOW, for which Katie worked before PNHP: “What I loved about Marilyn is that she was able to counter the cynicism of people doubting that we could ever have a single-payer healthcare system in this country with clear-eyed facts and the weight of her experience in work from the civil rights era and working for international human rights.” Katie concluded, “It is consensus now – regardless of political affiliation – that healthcare is a right. That wasn’t the case 10 years ago. We have made so much progress as a movement!”